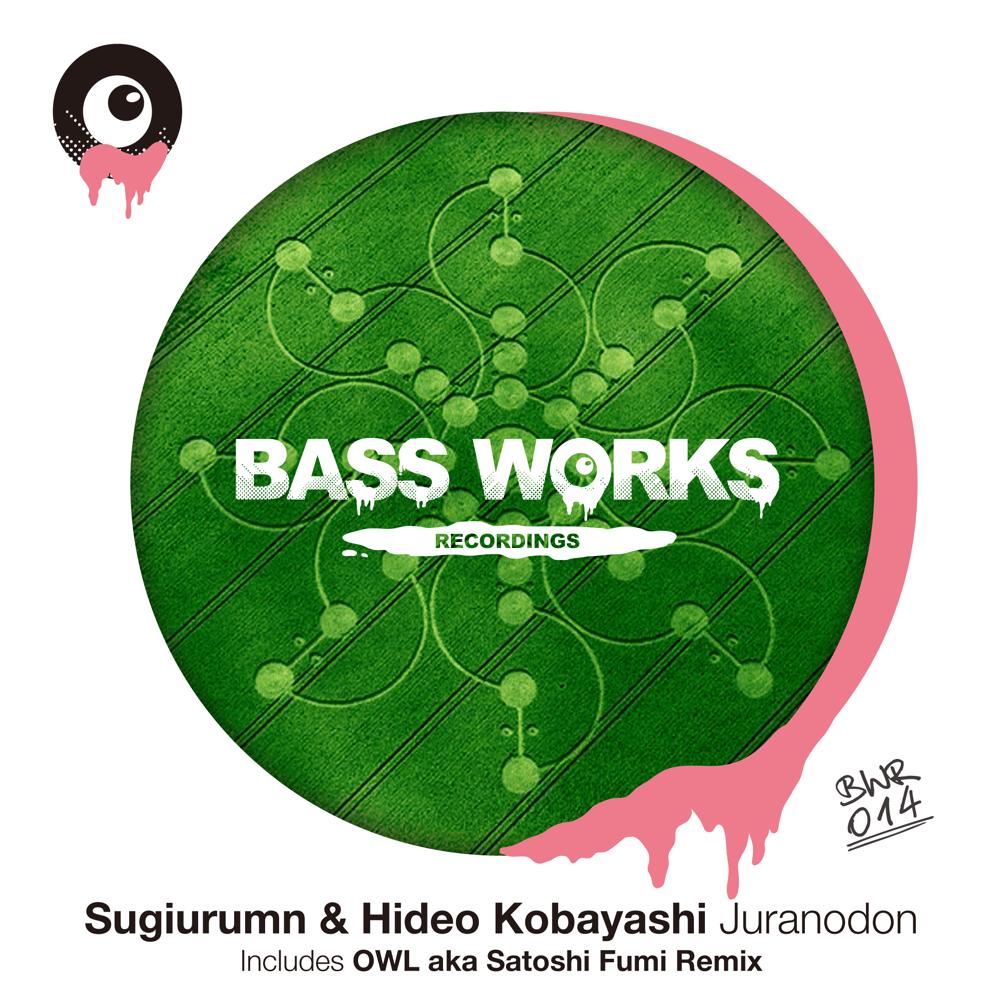 BASS WORKS RECORDINGS’ 14th work!!The super duo has come back. Sugiurumn & Hideo Kobayashi,who just released monster track “Afrotron” including Ken Ishii Remix several weeks ago, have dropped a new piece of work.This track is pretty much DJ use.We  would definitely say they are very compatible when it comes to production.
Jurassic techno track”Juranodon” has strong manly beats with shout of beasts and percussion sounds from native inhabitants.It is already being spun by domestic top Techno DJs in Japan.
And an incredible remix”Juranodon (OWL aka Satoshi Fumi Remix)” from OWL aka  Satoshi Fumi,who is known as a Deep Tech House alchemist, is included.
We,BASS WORKS RECORDINGS never let you down!!