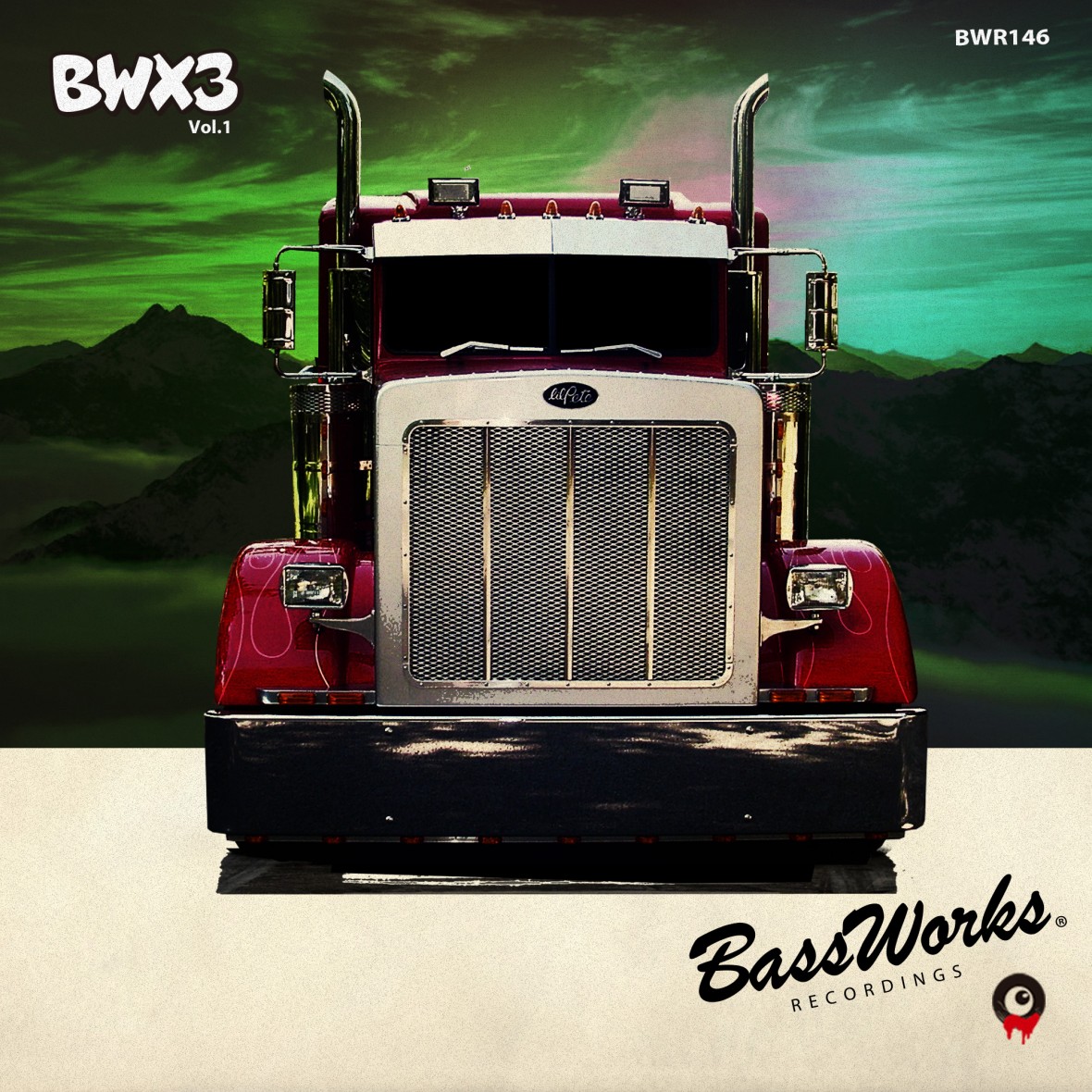 BWX3
April 2013, We – SUGIURUMN, Nao Nomura and OSAKAMAN- started BASS WORKS RECORDINGS involving FUJIMON and VJ Takeno(sonic-r). At that time we had a difficult time ; Tsunami incident occurred, a low problem made night clubs in western region have to close by 0AM, and many vinyl stores closed…I don’t remember if I wanted to do something for that but there were many talented producers around us and they did express their own world at an each party and a label ; we had drunk, chatted, danced and exchanged information, but I clearly remember it would be cool if we have chances to do something together such as remixes or making music without any borders!! That’s why I launched this label. we didn’t have such a crossover label in Japan. So the aim of BWR is to become a hub so that everyone’s world view can crossover on BWR. The first things we promised were “ Release every week ” focusing on domestic artists and “ Carry on for 3 years ”. At the beginning, we were energetic, involving many people. But at the same time, we encountered with difficulties which we didn’t know before start. So this 3years were literally our late youth. We’ve run though for 3years, having released 142 titles by April 2016, having taken 2 small intervals to avoid being stereotyped and being old as we sometimes remembered this word, ” My job is to provide people dreams. So It would be over if I was thought to be miserly.” by a Japanese famous monk, Shionuma Ryojun. Since we are not proper socialists or being employed in social, we couldn’t reach today without everyone’s support. We are really grateful. From now on, we will continue to make effort, planning, being inspired, looking for cool senses and cool guys so it would be very glad if you support us!!
As our 3 year fruit, the finest compilation albums with super tracks selected from “100th titles~” are released 3 weeks in a raw. It is our alternative full throttle experiment!!
We, BASS WORKS RECORDINGS will never let you down!!
Big Love!!