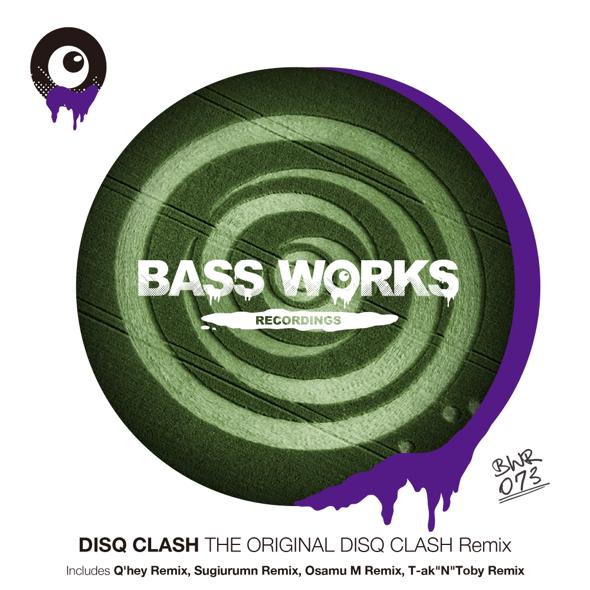 BASS WORKS RECORDINGS’ 73th Work!! It was exactly 2 month before from now: A legendary Japanese-Techno Bermuda Triangle Unit, ” DISQ CLASH ” , consisting of CHESTRER BEATTY , DJ YAMA(Sublime Records) and Dj Shufflemaster, dropped a outstanding work from BASS WORKS RECORDINGS!! It was a smashingly hot topic in the scene here,TOKYO. A.N.D “THE ORIGINAL DISQ CLASH Remixes ” have just arrived from those who has been respected the legendary unit, which are surely being this summer’s anthems!! The remixes come from ” Q’hey aka Mr.REBOOT ” , ” Osamu M “, ” Toby and his partner, T-AK ” !! They are maniac love!! They are the TOKYO techno themselves!! Also our man, Sugiurumn’s remix is included!! The Legend never ends. The wolfs never sleeps. Indian never lies!! We, BASS WORKS RECORDINGS will never let you down!! 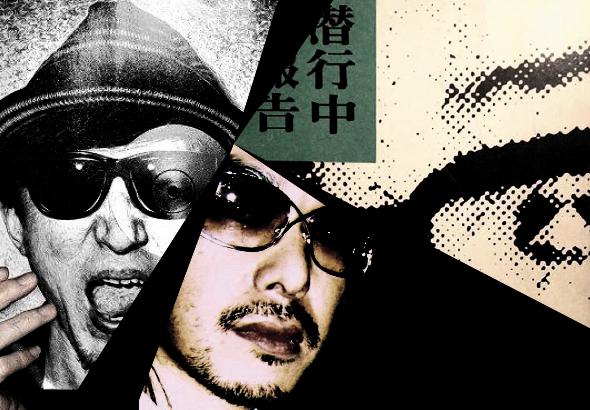 DISQ CLASH = < Chester Beatty, Dj Yama ＆ Dj Shufflemaster >
CHESTRER BEATTY is back. CHESTRER BEATTY led the Techno scene back then,having made an smashing debut from a well-known Italian label,ACV and released high-quality tracks from Tresor as well as a number of Remix works and collaborations with DJ Funk until the early 2000′s . Keeping the concept of the his own label,” DISQ ” which earned a cut following, joint work with DJ YAMA(Sublime Records) and Dj Shufflemaster has generated a tribute track ” THE ORIGINAL DISQ CLASH ” to Chicago House, mixing Physical groove and Digital stereophony. 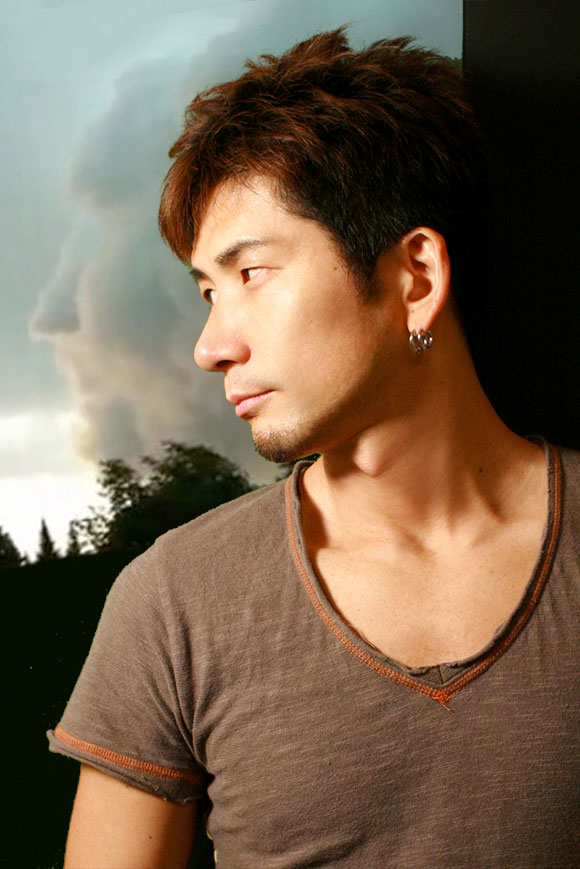 Q’HEY (REBOOT / TORQUE / http://djqhey.com )
Q’hey (Masaya Kyuhei) started DJing in 1989 and ever since has been one of the few key individuals of Japan’s club scene (alongside mainstays Takkyu Ishino, Ken Ishii and Fumiya Tanaka).  With a lot of determination, focus, hard work and with the support of loyal fans he has been one of Tokyo’s Techno milestones for many years.  From club events to massive outdoor music festivals, Q’hey is the artist who always delivers. In 1995, Q’hey’s time was spent producing tracks and introducing his music to the Asian and European clubbers.  Around the same time his Tokyo underground techno party was created, REBOOT at Maniac Love.  With a solid line-up of DJs and with Q’hey as the main organizer of the monthly party it has been going strong for more than 14 years.  Needless to say, the remarkable music quality plus the powerful fan base, is the fuel for this great everlasting party. In 1998, after a few releases from several prominent labels he started his own label “Moon Age Recordings”.  This was a time for more hard work and international exposure.  In a matter of months his releases were charted on the play lists of big DJs such as Sven Vath and Marco Bailey. Until now, he released 3 mix CDs “Sound Republic” (KSR) “Reboot #001″ (KSR) and “NYSO Vol.1 DJ Q’hey” (Yenzo Music).  In 2006 he released the first album from Moon Age Recordings – Q’hey + Reboot “Electric Eye On Me”. His works have been some very unique projects and again delivering many superb re-mixes and productions.  These were released by MB Elektronics, Pornographic Recordings, Rhythm Convert, Omega Audio among others.  Also some releases from BluFin as Q-Ram in collaboration with Ramon Zenker from Hardfloor. On a more technical side, he reviews DJ equipment for music magazines such as “Sound & Recordings” and “Sound Designer”. With his extensive knowledge of DJ/production equipment, he also got involved in the development of MC-505 and MC-909 for Roland, providing advice and support for Yamaha and Vestax. Q’hey has been lucky enough to DJ in countries such as Taiwan, China, Hong Kong, Singapore, Malaysia, Belgium, Spain, Luxembourg, Germany, France, Holland and Poland.  In between long hours in the studio and DJing domestically he is continuing to add some more international gigs to his list. After the earthquake disaster in Japan, Q’hey established charity project “BPM Japan – Be Positive by Music Japan” and continues working to make donations for the victims by making compilation albums, releases and events. In 2013, several releases of EP and remixes such as for Jeff Mills’ new album “Where Light Ends”, Q’hey released album “Core” from Japanese brand new label Torque.
This album got big support and reviews over the world, and charted Top 5 on Beatport Techno Top Releases. 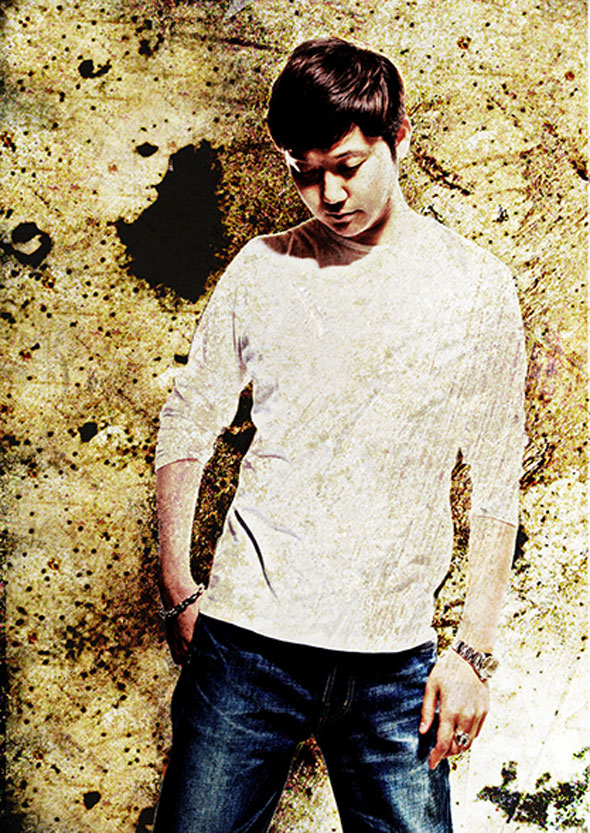 OSAMU M (Outerspace Records)
OSAMU M (JAPANESE DJ / Producer), His love of house music begun in 1996, he started Djing after being inspired deeply by DANNY TENAGLIA’s technique. In April 2001, whilst Japanese Dance music scene was awash with Trance and Hard House, Osamu started his DJ career by launching his resident progressive house party devoted to underground music called ”SUBMERGE” at the Legendary club Maniac Love, Tokyo. His style, playing a long 8hr DJ set every month, grasped the hearts of Tokyo’s clubbers. His progressive style with the global scene in mind and playing deep, tribal yet groovy tracks and his storytelling like sets, take people on a special journey into his world of house music. He invited many quality DJs like Steve Lawler, Lee Burridge, Chris Fortier, Breeder and many others. Later, Osamu moved his party to club “WOMB” rated in Mixmag, DJ magazine and amongst many jocks as one of the best clubs in the world. The event ran for five years until August 2006, when Osamu M left Japan to try to find a new musical direction. Using his skills to maximize the potential of tracks by mixing and keeping the groovy bass line, as well as his sense of track selections to challenge the crowd. His talent and DJ style was given great praise by John Digweed and Deep Dish. By playing with various DJs such as Sasha, John Digweed, Paul Oakenfold, Dave Seaman, Satoshi Tomiie, Hernan Cattaneo, Chab, Luke Fair, Desyn Masiello, Demi, Omid16b… Osamu M’s name has slowly developed into one recognized by underground fans and clubbers alike. He has played in front of 2000-3000 capacity audiences in Japan’s biggest parties, such as “Ministry of Sound in Japan”, “Dimension K”, Sasha’s “FUNDACION”, “DIESEL-U-MUSIC” His talent was soon recognized by John Digweed. From 2002 to 2005, Osamu played for KISS100 FM on John Digweed’s show no less than 5 times. He played as a guest DJ in Los Angeles, San Francisco, Seattle, Miami, Bucharest (Romania), Lausanne (Switzerland), Barcelona, Jakarta and Jogjakarta (Indonesia), Taipei, Shanghai and Hangzhou (China). In September 2006, just before moving to London, Osamu played at “OSAMU M FAREWELL PARTY” in club ageHa (Japan’s biggest venue) for his last gig in Japan. He played a 7hr long set for his 2500 audience.
In September 2007, Osamu played Funk D’void’s Deep House party in Barcelona. It was his first time appearing in Spain but he rocked the floor and got the crowd dancing. In December Xmas 2007 he played with Nic Fanciulli and Mark Fanciulli at one of the hottest underground parties in the UK, ClubClass, which Is held just 3 times a year and based on Kent (Maidstone). Many Djs and Artists currently around dance music scene came from ClubClass such as Nic Fanciulli, Paul Woolfoad, Paolo Mojo, James Talk, Sam Ball… Osamu’s talent and potential got huge response from the crowd, Djs and ClubClass. “We were hugely impressed by Osamu’s performance- it was exceptional!!” – ClubClass
These days, Osamu is busy playing in the top domestic clubs like Womb and Ageha and also touring overseas such as Argentina, Colombia and Venezuela in South America. Production wise, Osamu has released on many top labels such as John Digweed’s Bedrock and Desyn Masellio’s Alternative Route. He started his own label “Outerspace Records” In July 2007 with Satoshi Fumi who also has released on labels such as Urbantorque and Yoshitoshi.
In July 2009, the first album produced with his partner Satoshi Fumi titled “Outerspace” was released. The album was praised highly by the world’s top djs in many different genres. The label has got huge support from Laurent Garnier, Danny Howells, Funk D’Void, Satoshi Tomiie, Loco Dice, Nic Fanciulli, Hernan Cattaneo, Jim Rivers, Luke Fair, Ralph Lawson, Johnny D, Federico Molinari, Terry Lee Brown Junior, The Timewriter, Hector Romero, Demi, Milton Jackson, Shur-i-kan and Kaito. In January, 2011, Osamu started his own event “Liberation” at club Eleven (former Yellow club) with himself as a resident. With NY House as his roots, he mixes different genres such as tech-house, minimal and techno to take the audiences on a global journey through music with his long sets. Recently, Osamu played with Guti(Desolat), Mirko Loko, Audiofly, Brothers’ Vibe, M.A.N.D.Y. and Argy at his own parties… 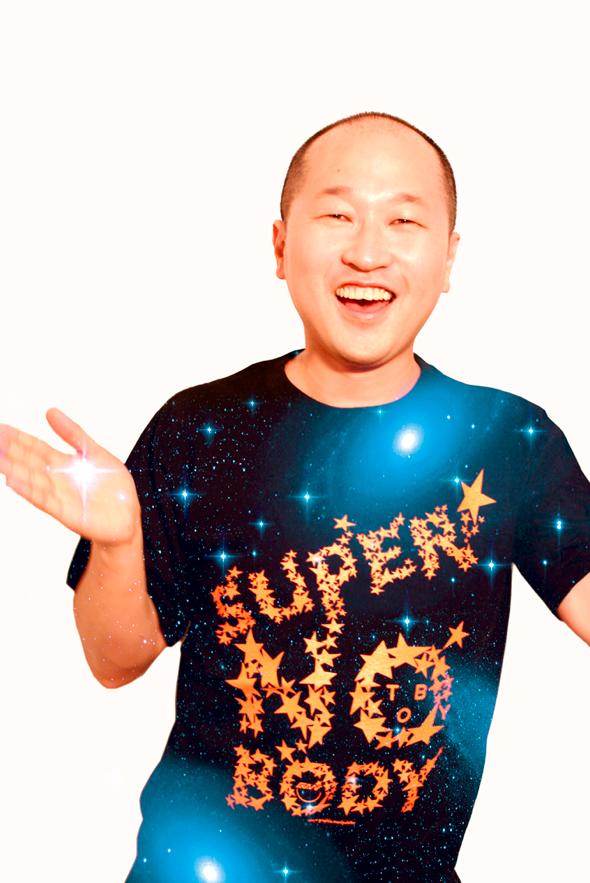 Toby Izui (Iya-sync, https://www.facebook.com/toby.izui )
Toby has earned his reputation as a techno ambassador for Japan. Over the past twenty years he has helped to build strong ties between the techno scenes in Japan and Germany. He was the first person to introduce Berlin’s “Love Parade” to Japanese audiences. He has also introduced many of Germany’s top Techno artists to Japan, including Sven Vath, Dr.Motte, Mijk van Dijk, Steve Bug, Der dritte raum, Thomas Schumacher, 2raumwohnung, Andreas Kauffelt and etc. Toby started his DJ career since 1993 and he had been a resident DJ at the world-renowned club“Maniac love” in Tokyo until its closing in 2005. He has many experiences to be part of big festival like WIRE, RSR, and Free Dommune Zero in Japan. He also have played at the legendary clubs like “Omen“ in Frankfurt, “Tresor ” in Berlin, Austria, Czech Republic, Finland, Russia and Poland and so on. He also has had success as a producer. His co-production with Thomas Schumacher “Train to Tokio” became an instant hit in the German techno scene in 2000. He also did several other projects with Mijk van dijk (aka Brothers in raw), Gabriel Le mar (aka Supercruizer) and with Andreas Kauffelt as another project “Kabuto.” He also released his 1st solo album “ELECTRIC SMOOCH” from Takkyu Ishino (aka Denki Groove) ‘s label in 2008 and lately he collaborated with DJ T-ak from Kyoto Japan and made remixes for Japanese slow house unit “Language” and “London Electricity feat. AMWE”which also become a hits in local Techno scene in 2011-13.
His motto is “a worldwide communication through the music!” and he is still driven am dedicated for that very much. Techno is a journey and it goes on! 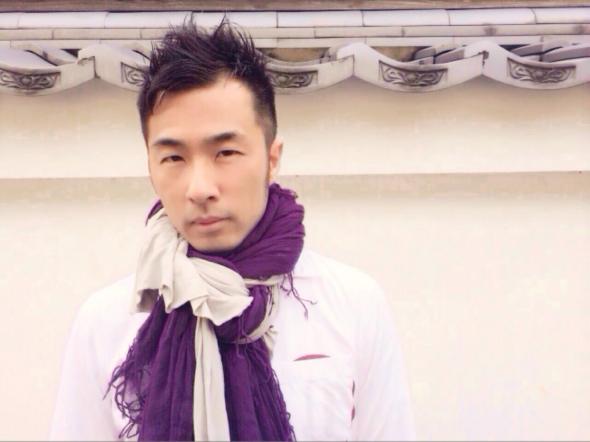