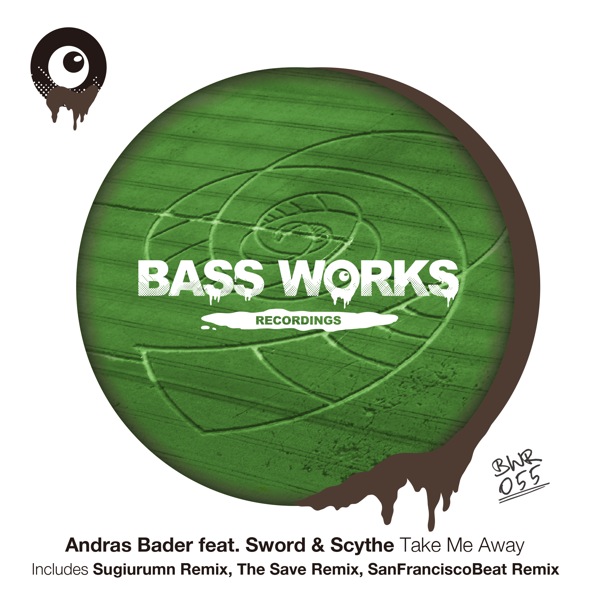 BASS WORKS RECORDINGS’ 55th work!! A well-known Hungarian DJ, Andras Bader ,represents the underground scene and culture there. Today the brilliant talent drops a new EP from BWR. The physical track, ” Take Me Away ” teams heavy rhythm sections with crazily popping 303 sounds. And this EP comes with an astonishing remix from Sugiurumn. Also excellent producers around Andras from Hungary, San Francisco Beat and The Save, got together and contributed astonishing and manly remixes. Budapest is burning!! We, BASS WORKS RECORDINGS will never let you down!! 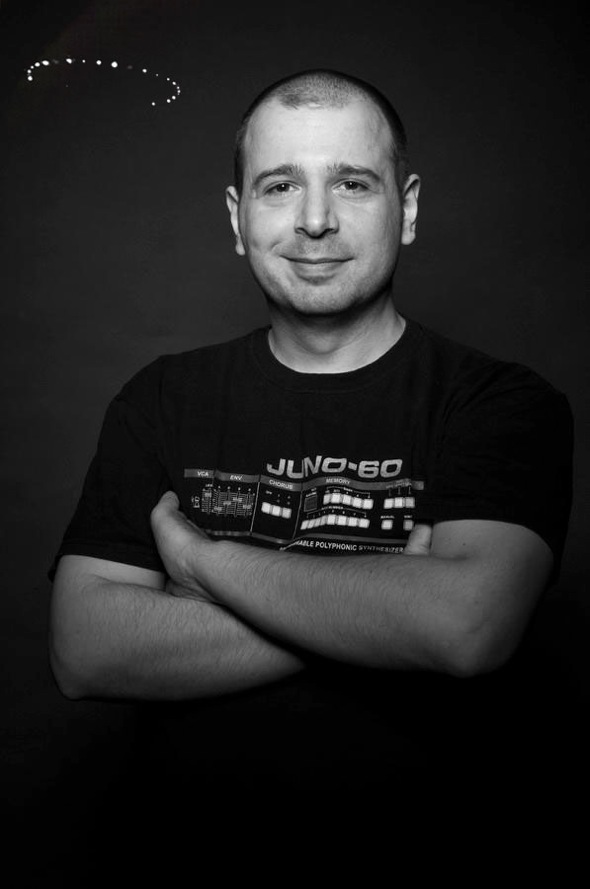 Andras Bader ( https://www.facebook.com/andrasbader )
Highly interested in music as early as an eleven year-old child, Andras steadily followed music charts, and soon got more and more enchanted by the sound of electronic music. Owing his most definite inspirations to top band at the time Depeche Mode his love for electronic music grew even stronger, until in 1995 he finally decided to get down more seriously to producing his own. Learning and experiencing the techniques all by himself, having closely followed current happenings within the scene, he gradually started to bring his ideas to life. The first tunes emerged in front of an Atari with the help of two synthesizers; music production at the time only considered as a hobby activity. Not much later Andras teamed up with two friends and started producing primarily “new wave” tunes in their occasional studio. It was in 1999 when Andras decided once and for all, that electronic music is exactly what he wanted to deal with the most. Soon his attention started shifting towards the turntables, which has fast become his main focus of interest, opening up a new era in his life and career under the alias Andre. He bought his first Dj equipment and started collecting records diligently, for more practice and learning.
His hard work was rewarded by a couple of releases under the name Spacekid and Andre aka Spacekid as soon as by 2006. Attracting the attention of the well-known German tech-house label, his next release landed the tops of sales charts the first week of release under Exun. Unique as a personality, he’s always set out to put through something outstanding and innovative, to definitely make an impact on his listeners. His style could be best characterized by techno, house and minimal sound, easily winning the likes of home and international Djs alike. As one of the four residents of Hairy, an artist and event promotion agency established in 2006, Andras has had the opportunity to play at nights and not the least, personally meet such great artists as Der Dritte Raum, Magda, Kenny Larkin, Martin Landsky, or Pier Bucci, just to mention a few. Playing and creating both, he could hardly be deeper into the pursuit of rhythmic electronic self-expression, than he is today. Whatever tomorrow brings, one thing is for sure: he would never give up either of the two the balance finally found.

Sugiurumn (BASS WORKS RECORDINGS http://sugiurumn.com https://www.facebook.com/djsugiurumn )
Presidency of BASS WORKS RECORDINGS. Japanese DJ / producer who always links to the latest House music scene in the world. He went to Ibiza for the first time in 2000 and came back to Japan inspired. His album “Our History is made in the night(2004)” received fairly-broad attention in the Japanese Dance Music scene, and the song “Star Baby” from the album was a big hit. The remix version from Axwell was widely played among the top DJs in the world.
This song was licensed by Ministry Of Sound, which built a great reputation not only in Tokyo but also around the globe.His powerful and passionate DJ style rocked the weekends of Japan, being always connected to the latest movement. It didn’t take much time for his name to become world recognized. In 2006 he was chosen to make a Mix CD for Pacha Ibiza known as one of the best Night clubs in the world, and then he rocked 4000 enthusiastic music fans at the actual venue, which gave him high esteem in Pacha; He made Mix CDs for 3 years in a row. He changed his agency to AVEX Japan in 2007 and released an original album “What time is summer of love?”. The song “Traveling” from the album had a number of requests for licensing all over the world; It ended up to be released from Pacha Recording in 2008. Also a title track from the album “What Time Is Summer Of Love?” had a chance to be remixed by Richard Gray and was chosen as the first track for a “Pacha compilation”. The song became major hit for Pacha Ibiza. In July 2008, he tried a 24 hours set without resting and succeeded with great applause. 2009, the 10th anniversary year, he released a remake-album “Midi In Midi Out” and a best of album “Do You Remember That Night?” as a culmination of his work. In 2011 He became a Japanese resident DJ for Haçienda, a traditional night club in Manchester, and the next year he was chosen as a resident DJ for a collaboration party organized by “PRIIVILEGE”, one of the biggest night club in Ibiza, and “ageHa”, the largest night club in Japan, which shows he plays the role as a strong bridge between Japan and the world. In April 2013 he founded BASS WORKS RECORDINGS where he could develop new and serious dance music for the world. And He was releasing the original album “May The House Be With You” from Warner Music Japan on July 24th 2013 as his newest release in 6 years. He is an innovator of modern dance music. 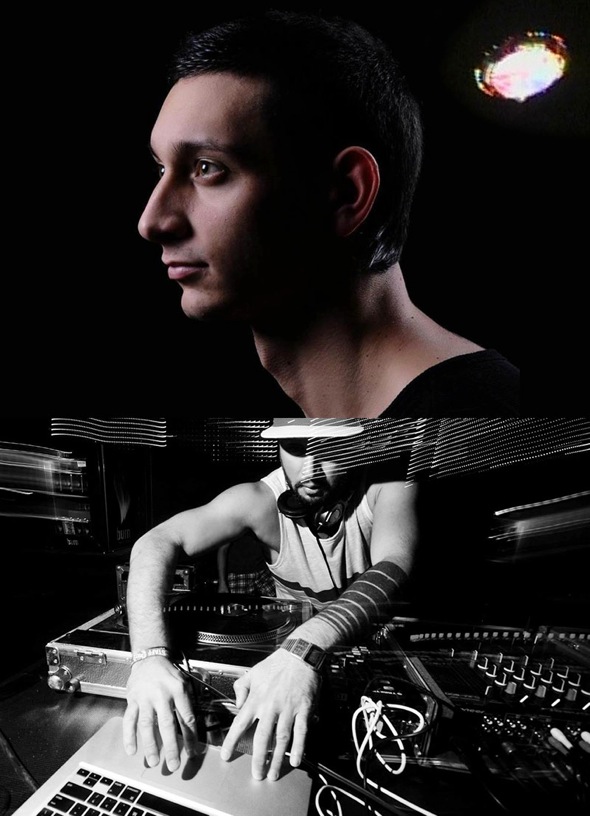 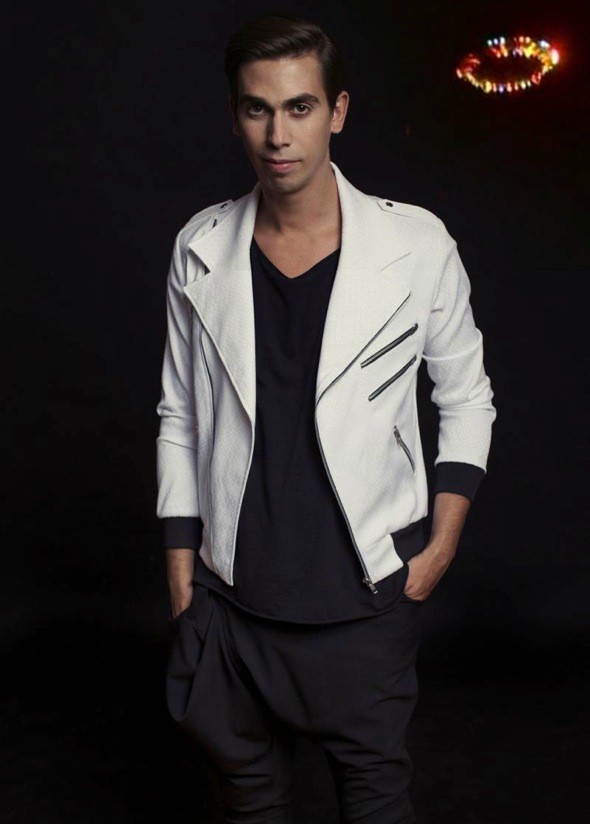 SanFranciscoBeat ( https://www.facebook.com/sanfranciscobeat?fref=ts )
He started his dj career in 1996. In the beginning he played at a number of underground techno events. Later, he joined one of the most popular group called Record and Team Strictly! In his time there he has started producing music and released CDs, DVDs and an LP which which appeared on many records shops best sale lists and quite a few world famous djs played and supported his tracks and, still continue to do so today, such as DJ SASHA, TIMEWRITER, CATZ & DOGZ, HERNAN CATTANEO, and JEFF BENETT. SanFranciscoBeat started his solo career in 2008 after leaving Strictly! (it was the one of the most popular underground party series in Hungary until 2007). He had 4 radio shows over the past 8 years. Nowadays he can be found at the most popular Hungarian festivals and techno events.