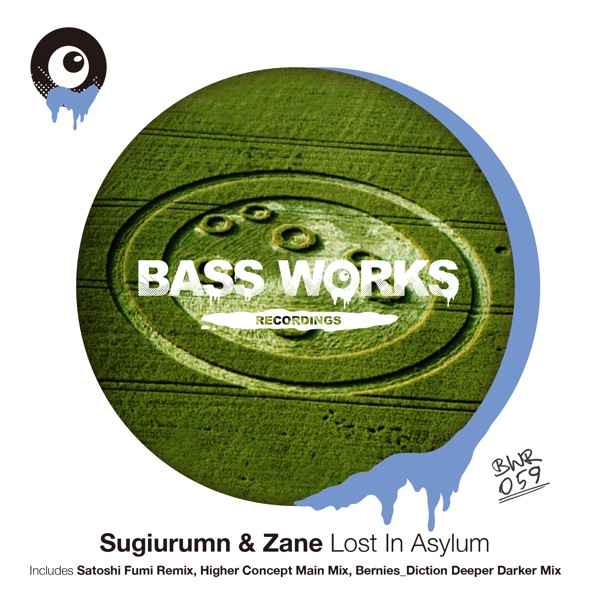 BASS WORKS RECORDINGS’ 59th work!! A founder as well as a popular resident DJ of an underground night spot, ASYLUM AFTERHOURS,Honolulu , having ranked in 77 in DJ Mag 2013, Zane is one of the most important figure in Honolulu scene . Being friends for a long time, Sugiurumn and Zane teamed up this time and dropped their 1st work here!! The track, ”Lost In Asylum ” comes very powerful and funky spirit from Sugiurum and deep grooves from Zane run together thorough the song!! Also finest remixes comes with this EP from Higher Concept(ASYLUM CONFIDENTAL), Bernies_Diction and Satoshi Fumi,whose latest work” All Nite “ was remixed by the unit DOZEGUISE(Zane and Higher Concept) . This is the “ Aloha-Spirit flavored “ EP!! We, BASS WORKS RECORDINGS will never let you down!!

Sugiurumn (BASS WORKS RECORDINGS http://sugiurumn.com https://www.facebook.com/djsugiurumn )
Presidency of BASS WORKS RECORDINGS. Japanese DJ / producer who always links to the latest House music scene in the world. He went to Ibiza for the first time in 2000 and came back to Japan inspired. His album “Our History is made in the night(2004)” received fairly-broad attention in the Japanese Dance Music scene, and the song “Star Baby” from the album was a big hit. The remix version from Axwell was widely played among the top DJs in the world.
This song was licensed by Ministry Of Sound, which built a great reputation not only in Tokyo but also around the globe.His powerful and passionate DJ style rocked the weekends of Japan, being always connected to the latest movement. It didn’t take much time for his name to become world recognized. In 2006 he was chosen to make a Mix CD for Pacha Ibiza known as one of the best Night clubs in the world, and then he rocked 4000 enthusiastic music fans at the actual venue, which gave him high esteem in Pacha; He made Mix CDs for 3 years in a row. He changed his agency to AVEX Japan in 2007 and released an original album “What time is summer of love?”. The song “Traveling” from the album had a number of requests for licensing all over the world; It ended up to be released from Pacha Recording in 2008. Also a title track from the album “What Time Is Summer Of Love?” had a chance to be remixed by Richard Gray and was chosen as the first track for a “Pacha compilation”. The song became major hit for Pacha Ibiza. In July 2008, he tried a 24 hours set without resting and succeeded with great applause. 2009, the 10th anniversary year, he released a remake-album “Midi In Midi Out” and a best of album “Do You Remember That Night?” as a culmination of his work. In 2011 He became a Japanese resident DJ for Haçienda, a traditional night club in Manchester, and the next year he was chosen as a resident DJ for a collaboration party organized by “PRIIVILEGE”, one of the biggest night club in Ibiza, and “ageHa”, the largest night club in Japan, which shows he plays the role as a strong bridge between Japan and the world. In April 2013 he founded BASS WORKS RECORDINGS where he could develop new and serious dance music for the world. And He was releasing the original album “May The House Be With You” from Warner Music Japan on July 24th 2013 as his newest release in 6 years.
He is an innovator of modern dance music. 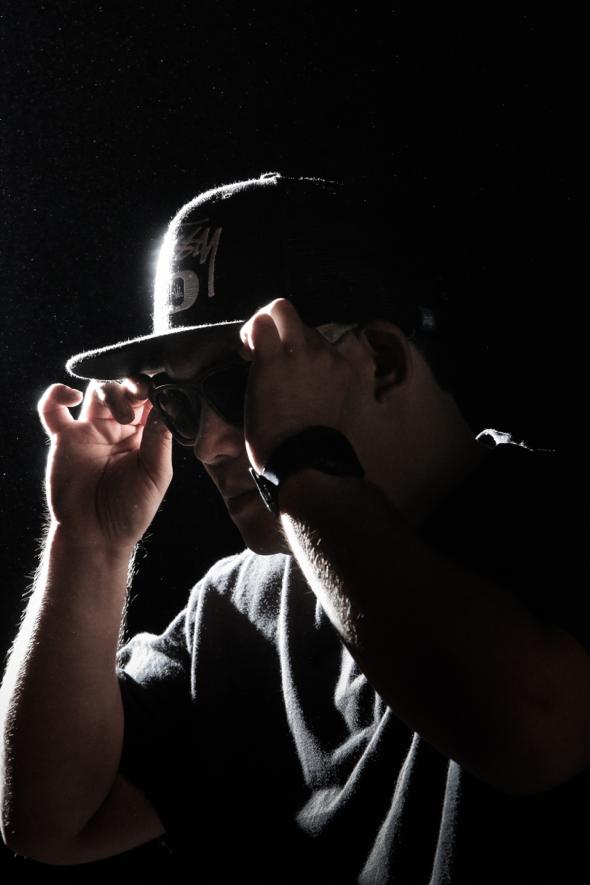 Zane ( http://www.asylumafterhours.com )
As one of Hawaii’s freshest and innovative DJs, Zane is an original founder, current co-owner, and lead resident at Honolulu’s primary underground nightspot ASYLUM AFTERHOURS, most recently ranked the No. 77 club in the world in DJ Mag’s Top 100 Clubs 2013(#50 in 2012 and #60 in 2011).  Zane has played an integral and visionary role in helping the Asylum blossom into what it is today.  Not only as a DJ and producer, Zane is the guy who makes sure the Asylum is ready to absorb the beating it takes week after week of non-stop music and dance. Whether it’s lighting modifications, some new paint on the walls or those little unexpected breakdowns that could ruin the whole night, Zane has been on it from day one.  Always striving to keep the Asylum experience fresh, Zane spends countless hours behind the scenes to make sure that when you’re at the Asylum you’ll find an experience that never disappoints.
As a DJ, Zane has played alongside some of the top artists in the underground music and dance scene.  He’s shared the decks with the legendary Danny Howells, Juan Atkins, Mr.C, Claude Von Stroke and a number of today’s hottest and most sought after artists like Nina Kraviz, Justin Martin, Maya Jane Coles, Martin Buttrich, Lee Foss, Tim Green and Benoit & Sergio to name a few.  Always striving to bring the newest and freshest underground music to the Asylum dance-floor, Zane’s sets deliver a special and unique flow of sick sounds and beats, weaved together with oozing bass lines and touching upon all variants of the deep-tech soundscape.  You’ll often find Zane behind the decks at the end of the night, a place where he feels most comfortable, taking dancers on a musical journey through the break of dawn and into the eventual reality of the morning Hawaiian sun awaiting their eyes once they step outside the Asylum doors.
Zane’s latest project underway is Dozeguise, a collaboration with fellow Asylum resident Higher Concept (Chris Chartier). Together these two talented artists play and produce  tracks that are off the beaten path with a pure and genuine sound that compels you onto the dance floor. Not for the faint-of-heart, Dozeguise challenges you to remain motionless with one sick track after the next. Want to experience music straight from the underground that’s definitely cool and you’ve most likely never heard before? Then check out…Dozeguise. 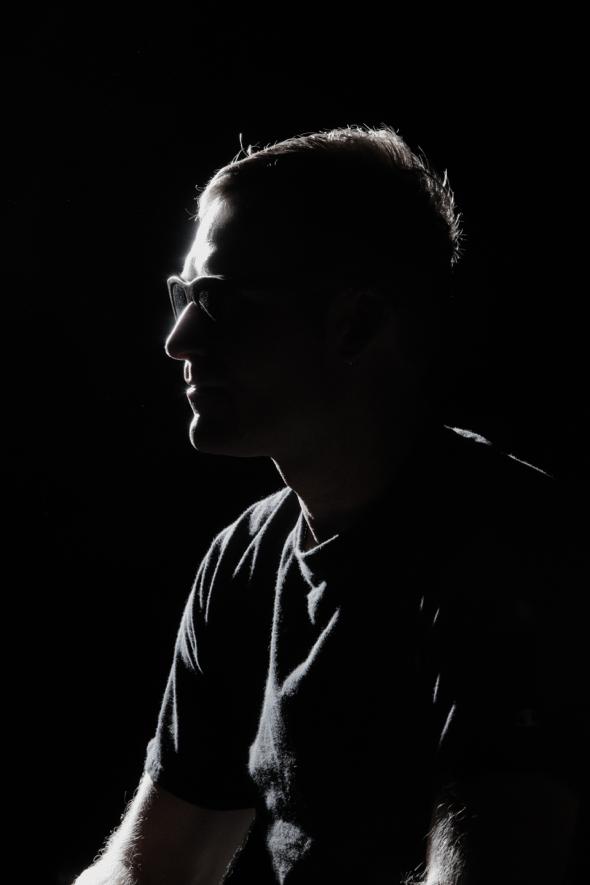 Higher Concept ( http://www.asylumafterhours.com )
Having a stroke of genius Higher Concept decided to push himself deeper into the realms of sound production, design, and engineering. Coupled with being a resident at Asylum Afterhours (voted #60 2011 ,#50 2012 and for the third year #77 for best club by DJ.MAG
Asylum Afterhours also featured a full four page spread in the March 2012 issue putting them on the world map ) surrounding himself with incredible talent and a passionate drive to be successful, Higher Concept is on the verge of catapulting onto the global scene. With multiple productions forthcoming on different record labels very soon, be sure you lock in on one of Hawaii’s breakout artists. Higher Concept has various Other Projects in the works // 1 half of DOZEGUISE with partner Darren Zane is his main focus // other work with– Willis Haltom For Get Physical Music // Loic Tambay (High + Nerdy) // + Jimmy James (FOC -Flock Of Catz) 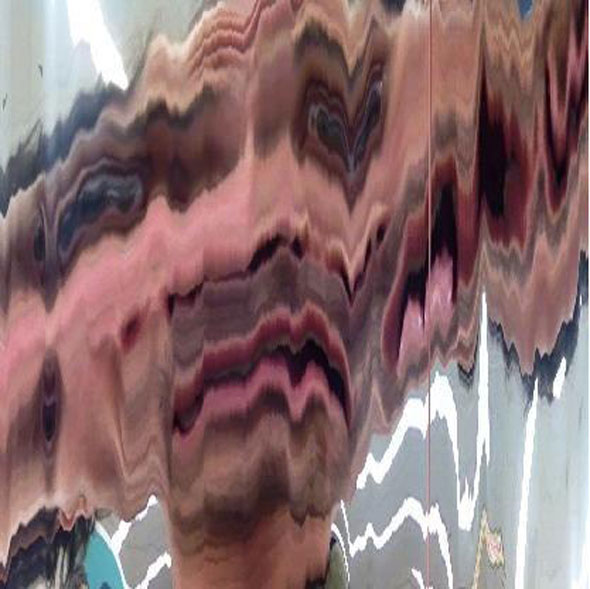 Bernies_Diction ( http://www.asylumafterhours.com )
As a co-founding resident DJ/producer of ASYLUM AFTERHOURS, Bernie’s_Diction is often referred to as one of Hawaii’s most creative “best kept secrets.”  His initial love for electronic music took hold in the mid-90′s and has progressively evolved ever since, being showcased alongside other ASYLUM resident DJs in 2012 in the prestigious DJMag.  In addition to his longstanding residency at ASYLUM, Bernie’s_Diction has held multiple residencies at clubs throughout Hawaii and has played at various electronic music festivals, holding an annual spot at Camp Tetrion at BURNING MAN and the Love Festival.
His unique and innovative sound is an orchestration of deep, raw, techno-influenced sounds, complimented by hypnotic, dark, and groovy bass lines that playfully dance and balance with one another.  Bernie’s mesmerizing transitions and seamless mixes create an intimate and sensuous atmosphere that enthralls crowds, and has received notable recognition, playing alongside some of the most respected names in the house and techno music industry, such as Martin Buttrich, Lee Foss, Danny Howells, Mr. C, Pan Pot, Matador, Corey Baker, Claude VonStroke, Justin Martin, Adult Napper, Halo and Butane.
Since the genesis of his career as a DJ and producer, Bernie’s_Diction has always pushed the boundaries of edgy and innovative electronic music, truly admiring the anomalous crowd ASYUM attracts in addition to Hawaii’s nightlife.“The crowd here, our members, really know what’s up with the music. They are not only educated, but dedicated; and knowing this keeps all of us ASYLUM residents motivated and inspires us to always be the best we can be.”
Since ASYLUM’s conception in 2008, ASYLUM has become a significant catalyst for Hawaii’s house and techno music industry, placing ASYLUM in DJMag’s #77 pick of the Top 100 Clubs in the World for 2013 (#50 in 2012, and #60 in 2011).  With the inception of ASYLUM’s own record label, ASYLUM CONFIDENTIAL, 2014 is becoming a break-out year for Bernie’s_Diction, with more original music soon to be released, bookings on the rise, and many more forward-thinking events happening in the near future. 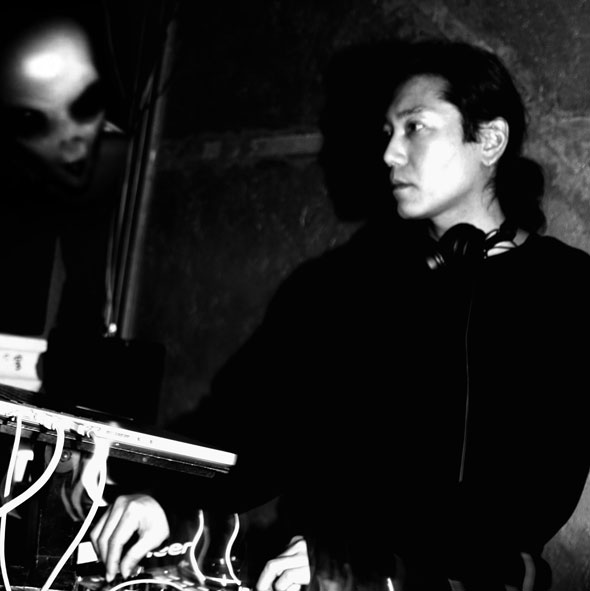