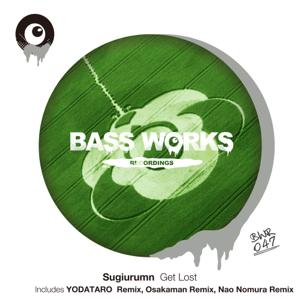 BASS WORKS RECORDINGS’ 47th Work!! A newly-arrived piece of work from Sugiurumn, ” Get Lost ” is named after his own party recently started at a well-known venue, AIR Tokyo. After his recent strong releases, ” Kick Alive “,” Wing Maker ” , The brilliant trancey Tech-House track would be a guide light for his new voyage at the home ground party. An outstanding Deep remix from YODA who organizes monster party, ” MAGNIFICENT ” at the largest venue,ageHa. Also excellent yet controversial remixes from BASS WORKERS, Nao Nomura and Osakaman are included. Mmm…Get Lost, isn’t it!? We, BASS WORKS RECORDINGS, will never let you down!!