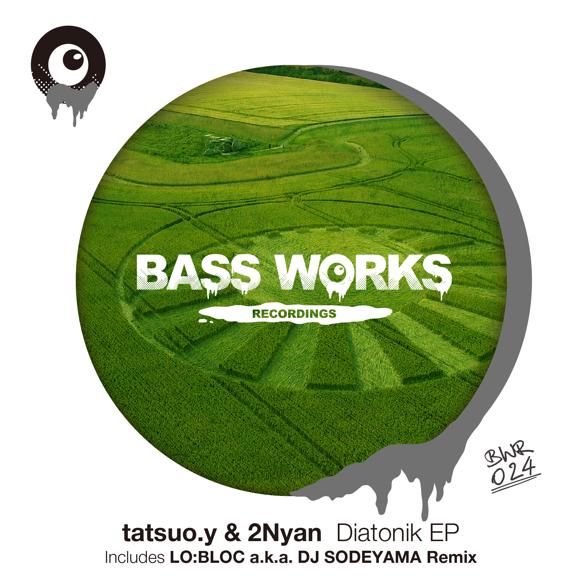 BASS WORKS RECORDINGS’ 24th work!! There’s a long-run party at troopcafe in Kobe,Japan. Celebrating their 5th anniversary, tatsuo.y and 2Nyan have relelased a new EP from BASS WORKS RECORDINGS, named after their party,”Diatonik”. The crossover title tune “Diatonik” comes spatial yet has heavy sounds at the bottom.The other tack “Overdope” from tatsuo.y is an addicting Tribal Tech-house.We are sure you will be literally addicted to his world.And incredible remixes are included from “LO:BLOC”,DJ SODEYAMA’s Downbeat Project, whose set were received well at a music festival “WIRE 13″. OMG!?We,BASS WORKS RECORDINGS never let you down!!

tatsuo.y & 2Nyan (Diatonik)
Diatonik] is made from 100% pure dance music party brought by tatuso.y and 2Nyan.
We guarantee that you will experience what you’ve never known!
Diatonik is the regular party played @TROOP CAFÉ in Kobe, Japan.
The concept is “100% Pure Dance Music”.
We’ve welcome lots of the Guest DJ as Hernan Cattaneo, DJ OGAWA, SUGIURUMN and so on. 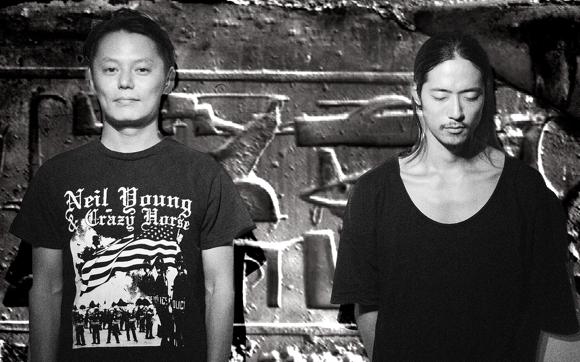 tatsuo.y
Based on dance music, he expanded by its own interpretation of the groove, which is inspired by traditional music.
He went to IBIZA in 2007. Impressed by the dance music scene state-of-the-art, and brought electro sound passionate and danceable while medium tempo referred to as Barcelona style, and incorporate new playing style of its own.
2008, His tracks was mastering in IBIZA. also signed a contract with Nightrain Music,and released [Amazing Spot]  [Two Stones].
Currently, he played in [Diatonik].

2Nyan
2Nyan started playing the piano at an early age and put together a band in his teens. In his twenties, he got into the dance music. Being absolutely enthralled by its four-on-the-floor beat and undulating bass note, he aspired to become a DJ.
He appeared in many parties whether big or small and made Kobe and Osaka an area for his major activity. Recently he performs regularly at the monthly events and also actualizes his talent in multiple fields such as spatial design and costume making.