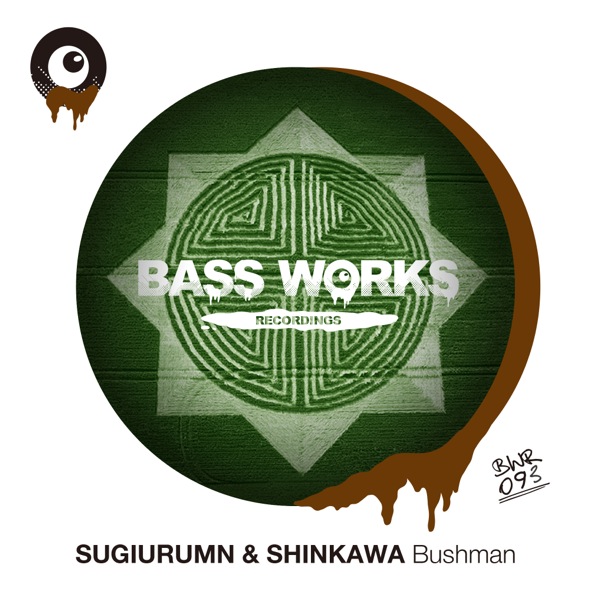 BASS WORKS RECORDINGS’93rd Work!! Having released a dozen of WORKS includes a Detroit-flavored album,“ 20xx ”, a German-NW style collaboration track, “ Q ” with SNSEAKER, and au expected break-beats bomb,” Natural / Chemical ” released last week, SUGIURUMN already drops a new track with SHINKAWA aka ” Mr.JUMPIN ”.Having got close since last year, the super duo created a great surprising track,“ Bushman ”,reflecting their each character: SHINKAWA’s tribalism and SUGIURUMN’s recent orientation, techno. The future is mirrored on a Coke’s bottle!! We, BASS WORKS RECORDINGS will never let you down!!

SHINKAWA ( https://www.facebook.com/pages/djshinkawa/281788328507329 https://soundcloud.com/djshinkawa )
In 1993, stared his career as a DJ in Japan after influenced by London club scene such as “ TRADE ”. Having played the biggest clubs in Japan such as “ GOLD ”, “ DELIGHT ”,” VELFARRE ”,” LUNErS ”, “ MANIAC LOVE ”,” UNDER LOUNGE ”, SHINKAWA developed his career into the world; toured in Perth(1998), UK(2000,2001),China, London, Amsterdam(2002).
In terms of production, he released works includes “CROSS” with his cover of the top of atmospheric gay track, COME AND RESCUE ME, “OVER”, and “ Pump Up The Media ” collaborated with a well-known Italian label, “ Nukleuz “. His sound always brings HAPPINESS to the listeners and the audiences with his unique way based on House,Techno.