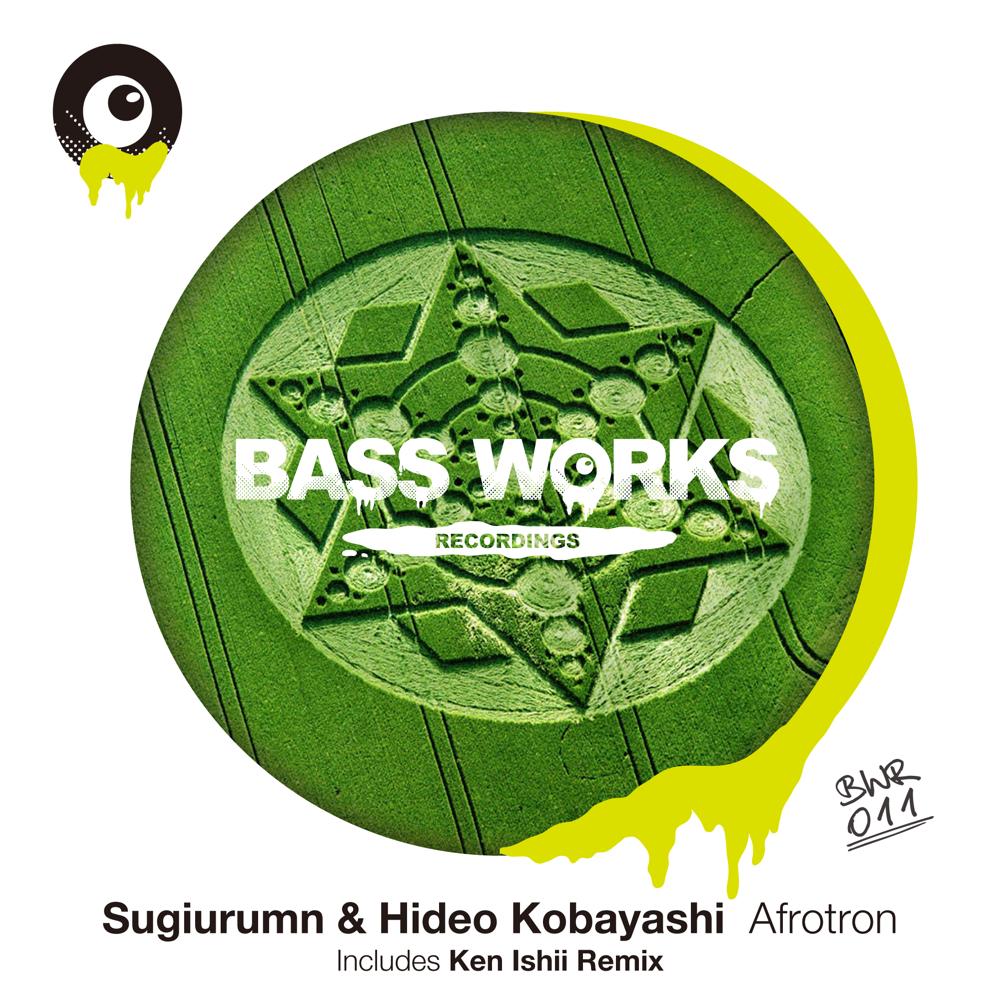 BASS WORKS RECORDINGS 11th work!!This is a Huge Track!! A VooDoo Techno Tribal track”Afrotron” is from the best unit:Sugiurumn vs Hideo Kobayashi.The killer track already having got a great reputation among the dance music fans has been finally released from BASS WORKS RECORDINGS.It’s a monster track with Voodoo voice and African beat,an epiphanic synthesizer pealing out at the ending and drawing the Universe on the dace floor.As a remixer,we’ve got the God of Techno”Ken Ishii”.it’s just superb.Both versions are ready to be hit at night clubs.We,BASS WORKS RECORDINGS, never let you down!